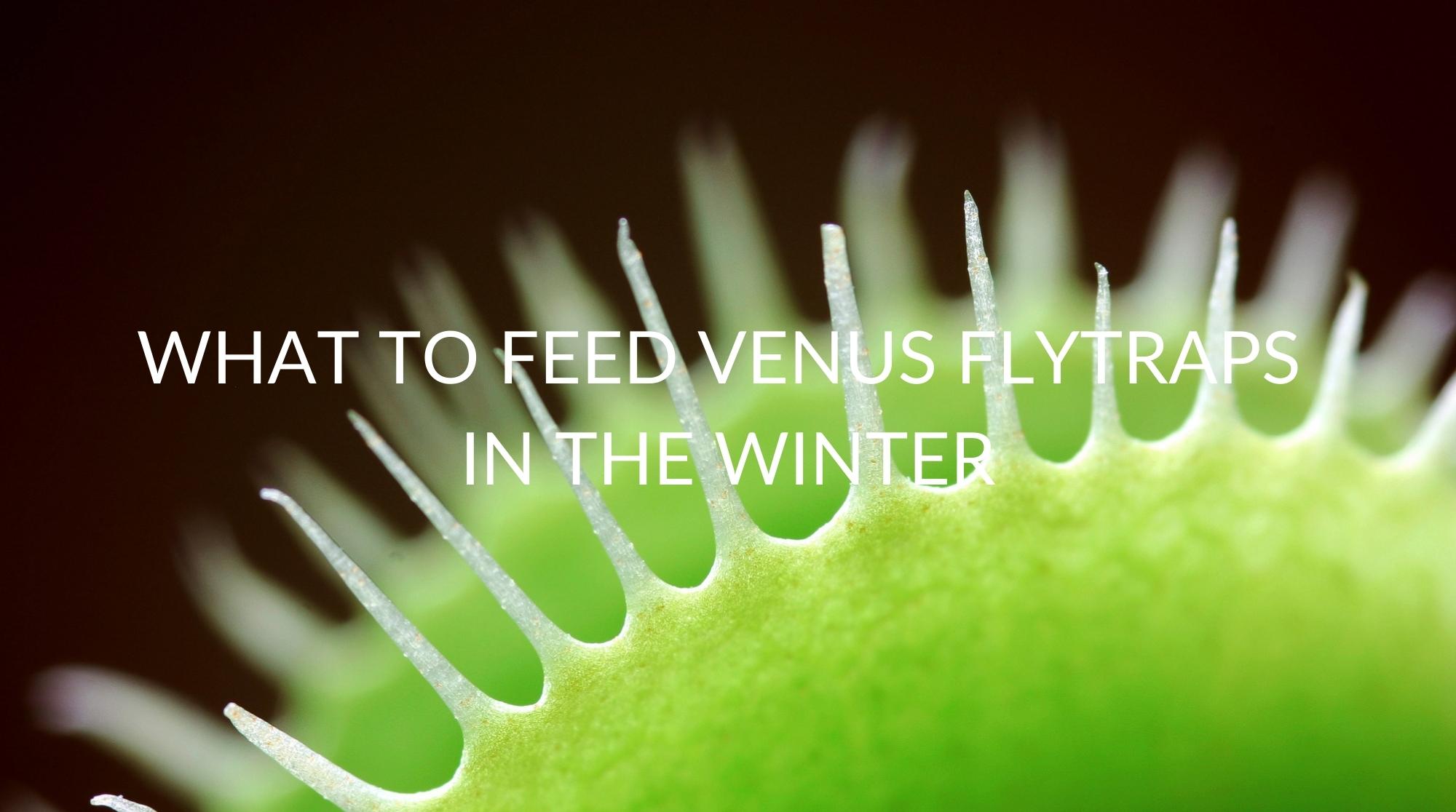 When caring for a Venus flytrap, you will notice it start to die off in the autumn, and when winter comes, it will be in a dormant phase. During this time, insects are not as active, so you may have trouble finding food sources for the plant naturally. This has a lot of beginners worried about what they should do to keep their venus fly trap healthy during winter.

Should You Feed Venus Fly Trap During Winter?

Eating is something the plant does when it’s awake to retain nutrients. The Venus flytrap doesn’t need to eat during dormancy, and forcing it to eat could disrupt dormancy.

What Do You Feed A Venus Fly Trap In The Winter?

Typically, insects are fed to a Venus flytrap to provide them with nutrients that they aren’t receiving from the soil. Many beginners are worried that the soil won’t be able to keep their plants alive during winter, so they try to look for other methods of feeding the plant.

Don’t try to feed the plant anything during this time period. Typically the dormant phase will last between 3 to 5 months. If you attempt to force-feed the plant, it could be stressful and harmful to its health.

How Do I Keep My Venus Flytrap Alive In The Winter?

If your Venus flytrap is outdoor, simply let it be. The habitat it’s growing in is sufficient to keep the plant healthy during dormancy. Outdoor Venus flytrap plants in conditions with the average temperature in winter below 40 F don’t need extra care.

Potted indoor plants are a different story, though. The indoor temperatures won’t be cold enough to keep the plant healthy, but the owners can do a few things to make sure the plant stays in good condition.

Ideally, it should be by a window facing South. If your home has an unheated sunroom, covered porch, or garage with windows, the Venus flytrap will do best in there during winter. However, if these are not options, make sure you place the Venus flytrap away from a heat vent or space heater.

How To Feed Venus Fly Traps After Winter

Once a Venus flytrap comes out of the dormant phase, it will be ready for feeding. Below are some tips for new Venus flytrap owners on how to feed Venus fly traps after winter.

A lot of beginners aren’t aware that a Venus flytrap will start feeding when it’s ready. You don’t have to set a special date or look for specific signs of when to feed the plant.

Just because a Venus flytrap is blooming doesn’t mean it’s in need of feeding. These plants can go a long time without feeding, and forcing them to eat too soon could result in overfeeding.

If a bug lands on a Venus flytrap during the dormant phase, it still may trap the insect. Since this happens naturally, it’s not something you need to worry about. This can happen with indoor plants, and it’s another reason not to rush into feeding them first thing in spring.

Once an outdoor Venus flytrap is ready to eat, it will capture a bug on its own. There are enough food sources for the plant outdoors, so manually feeding it isn’t necessary. Outdoor Venus flytraps don’t require assistance finding food because the plants’ leaves’ traps are close enough to the ground and release sweet nectar that attracts insects.

When it comes to feeding your Venus flytrap after winter, you should keep a schedule. These plants don’t need to feed often, so it’s suggested to only feed them every 2 to 6 weeks during spring and summer only. Do not start this process until you notice the plant has bloomed and only give them one insect per feeding.

If you’re afraid of grabbing bugs to feed your plant, an indoor Venus flytrap may not be the right choice for you. These plants should only eat insects and arachnids. Feeding your plant pet food or pieces of meat is not healthy for it.

This bug-only diet comes with a few rules as well. It’s important to make sure the bug is approximately 1/3 the size of the plant’s trap. If the insect or spider is too large, the Venus flytrap will not be able to consume it. On the other hand, if the bug is too small, it will be able to escape easily after it has been trapped.

Always Be Sure of What You’re Doing

One thing everyone should know about owning a Venus flytrap is that these plants are good at attracting their own food sources. If you are not one hundred and ten percent sure that your plant actually needs to be fed, you could do more harm than good by manually feeding it.

Feeding your Venus flytrap too frequently could result in a weaker plant. It could also cause the leaves to die and fall off.

During the winter months, a Venus flytrap needs to go into a dormant phase. It may look like the plant has died off when this happens, but it’s actually an important part of the plant’s survival. When a Venus flytrap has gone into the dormant phase, you will not be required to feed it anything.